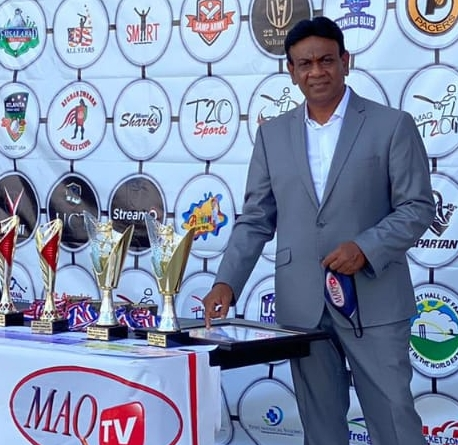 MARGATE/FL – USA: A total of 12 teams will vie for honors at the inaugural World Cup T10 that is being hosted by Cricket Council USA (CCUSA) later this month.

This from the desk of the chairman of Cricket Council USA (CCUSA) Mahammad Qureshi. He stated on Wednesday that the executive of CCUSA decided to cut it at 12 teams and there will be $12,000 in prize money distributed. The tournament will bowl off on Thursday, May 19 at the Central Broward Regional Park and will see four groups of three teams battling for the inaugural World Cup T10 title.

Qureshi told News925 that he is excited at the prospects of this tournament and is expecting great play. “T10 always brings great excitement is like watching highlights. The players will be going for big shots and the bowlers will be hoping to get their wickets. We have put everything in place to have a successful tournament and we are just counting down the time.

“This is just yet another tournament that we are using to help develop the skill sets of the local players. We have 12 teams that represent most of the regions in this country and this is awesome. This tournament is normally seen as a platform where team owners look to come in and see who are performing and then invite them to play for their teams at the bigger tournament which is the US Open T20 that takes place at the end of the year.”

The winners of the tournament will carry away a first prize of $10,000, while the runner-up collects US$2,500.